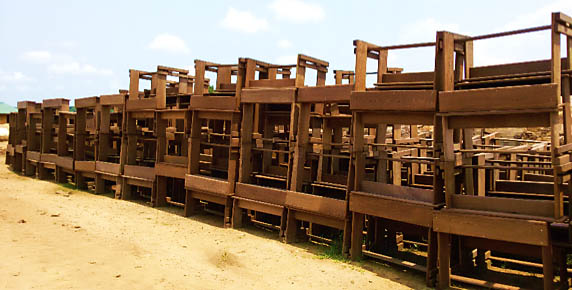 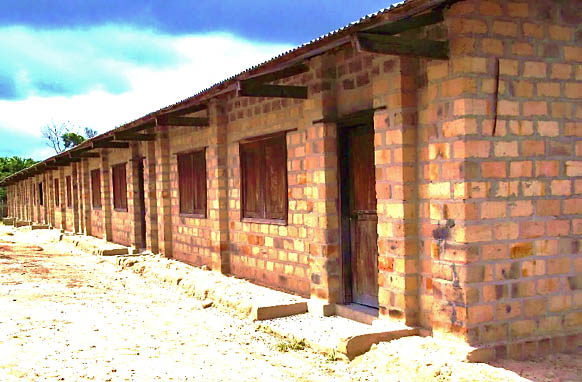 The socio-economic projects to be financed by the concession holder are set out by this agreement, which constitutes the social clause of the contractual terms.

The success of these projects depends on several factors:

Outside of the company’s legal obligations

With sales in the country decreasing in favor of the underground/illegal sector, Sodefor has had to compensate by making additional efforts in its commercial activities, often with mixed results. This has impacted the species and volumes of logging harvests, and therefore has impacted the execution of provisional projects. 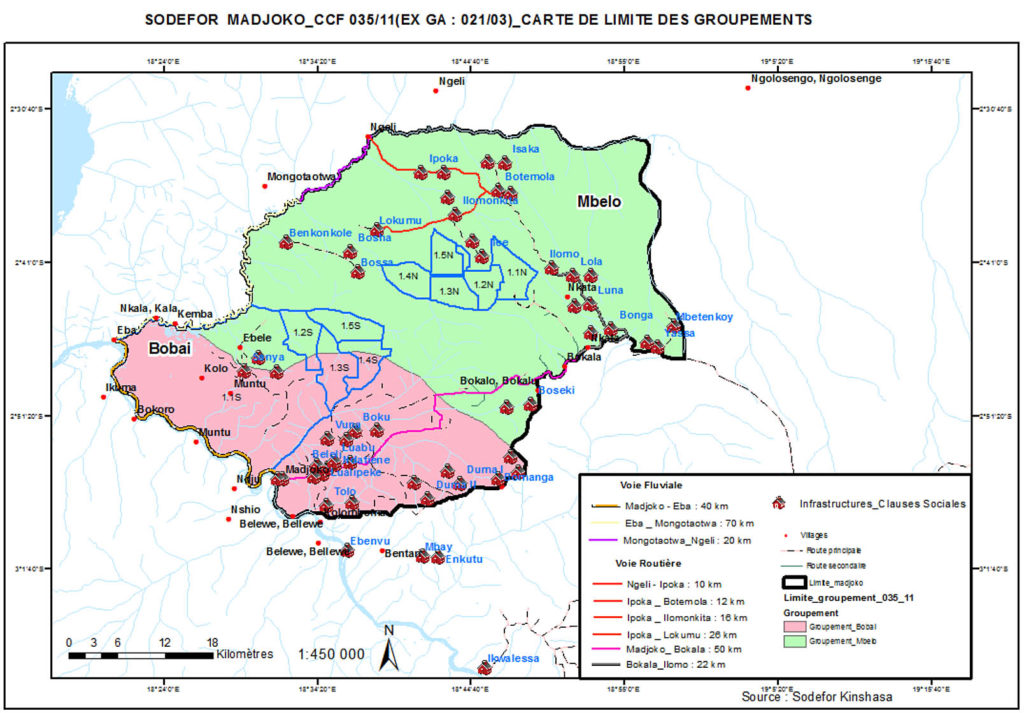 The Madjoko harvest of certain species which were planned for in the inventories is no longer certain. The final logging decision will depend on the market’s demands, and not on our own wishes;

For the Bobai group (as an example), the balance available in the Development Fund diminishes with Sodefor's expenditure of money and supplies, and currently, there is no balance available since the logging harvest did not meet the sufficient volume, due to lack of market demand.

However, the community is counting on the completion of these infrastructures.

The concession holder continues to free up funds and supplies in order to complete the construction of these buildings.

Example of the difficulty of transporting construction materials for building schools on the northwest side of the Mbelo group:

Example of the quantity of materials to be sent to the Mbelo group for the northwestern schools: 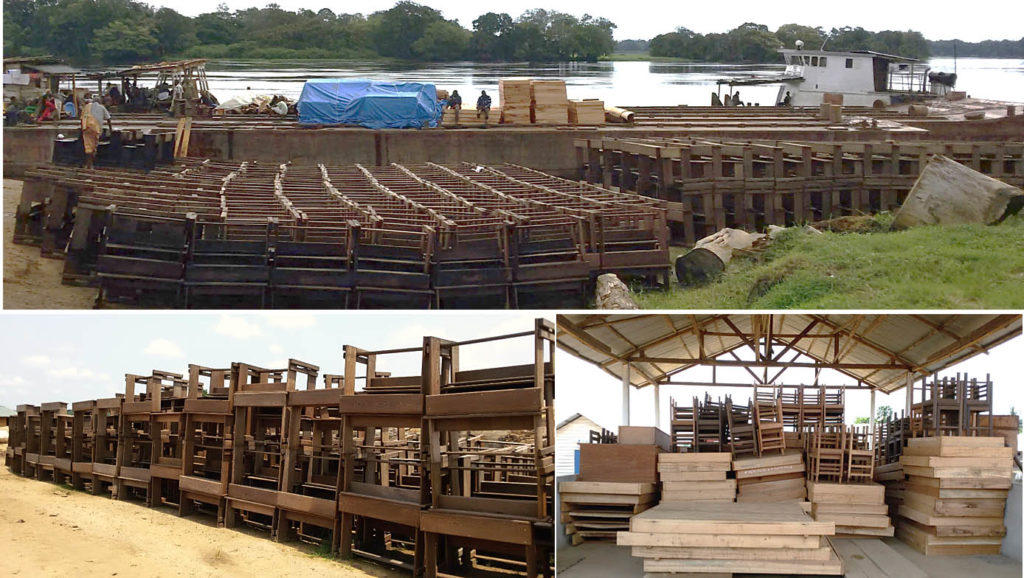 The expected cost for each school in the social clause is the same, regardless of the distance or accessibility challenges.

The communities (especially along the Lukénie river) have often prioritized the number of infrastructures above their durability (for example: choosing adobe bricks, which are more vulnerable to bad weather during construction, over baked bricks);

The provisional timeline for completing the buildings is not always appropriate for the number of buildings requested by the community (for example: 2 schools in each village throughout almost the entire Mbelo grouping), the real pace of logging, or the current status of the international market. This often makes it difficult to adhere to the projects’ planned timelines.

Anybody who overlooks this relationship between the pace of forestry operations and the pace at which buildings can be completed could therefore infer willful neglect on the part of concession holder.

Because of the difficulties outlined above, certain communities choose to implement provisional equipment instead (for example, bench desks).

These are the kinds of images which NGOs freely exploit to tarnish companies’ reputations, without verifying the real reasons behind these situations.

When Sodefor’s companies were established in the years around Congo’s independence (1960), the tropical forestry industry was not yet subject to prejudice.

In 1986, there were 134 industrial forestry companies (including those operating with single saw lines). In 2004, the Ministry of the Environment and the Forests only counted 23 companies currently in operation. Today, there are fewer than 10 legal industrial companies.

During this time, thousands of jobs have been created. The human and social impact of the legal forestry industry reaches the tens of thousands.

This impact is most important in those regions where our forest concessions lie, where sadly there is no other economic activity. For several years, we have felt as though the tropical forestry industry is considered to be an (almost) criminal activity.

Meanwhile, the informal/illegal forestry sector, which didn’t exist until 2000, continues to grow with no oversight or obstacles.

It provides no social impact or contributions to the State budget. Its impact on the environment is destructive. There is no control over the logging.

Thanks to Sodefor’s possession and management of large areas of forest concessions, these forests have so far been protected from illegal and uncontrolled logging.